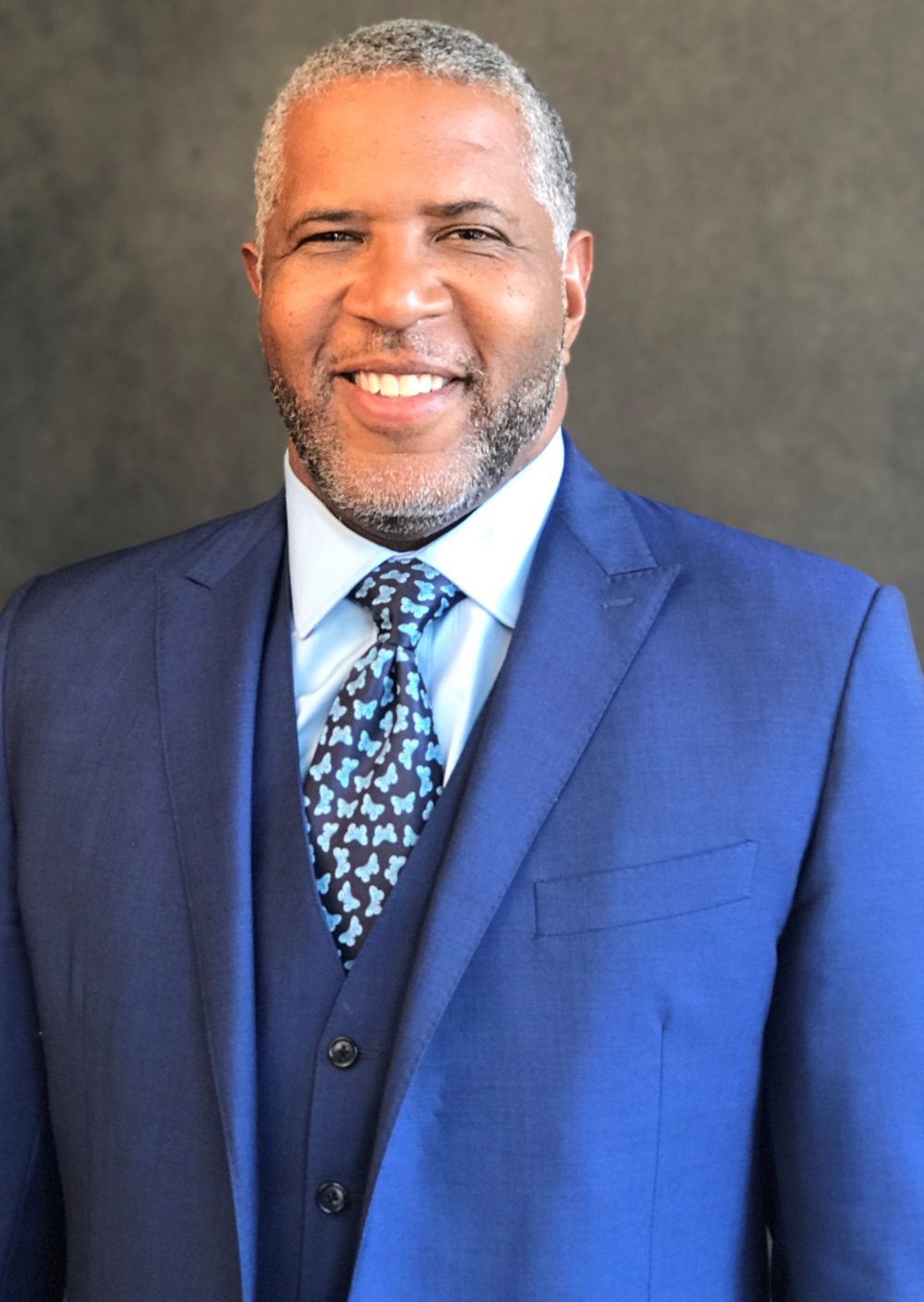 Born in Denver, Colorado, to two parents with Doctor of Education (EdD) degrees, Mr. Smith trained as an engineer at Cornell University, earning his B.S. in Chemical Engineering in 1985. In 2016, Cornell University honored Mr. Smith’s leadership by renaming the school he graduated from: Robert Frederick Smith School of Chemical and Biomolecular Engineering. While earning his MBA from Columbia Business School with honors, he served as President of the Black Business Students’ Association and President of the Japan Business Association. After graduation, he worked at Goodyear Tire and Rubber, followed by Kraft General Foods, where he obtained two United States and two European patents for coffee filtration systems.

Upon receiving his MBA in 1994, he joined Goldman Sachs in tech investment banking, first in New York City and then in Silicon Valley. As Co‐Head of Enterprise Systems and Storage, he executed and advised on over $50 billion in merger and acquisition activity with companies such as Apple, Microsoft, Texas Instruments, eBay and Yahoo. He was the first person at Goldman’s San Francisco office to focus solely on mergers and acquisitions of technology and software companies.

In 2000, Mr. Smith founded Vista Equity Partners to invest in businesses that develop and use technology, software and data to promote economic equity, ecological responsibility and diversity and inclusion for the prosperity of all. Vista achieves its mission of creating opportunity through the power of technology by using a variety of private equity, permanent capital, credit and public equity investment strategies.

As one of the top experts on investing in the software and technology industry in the world, Mr. Smith has been invited to speak about finance, entrepreneurship, innovation, leadership and related topics at a variety of venues, including the World Economic Forum and The Milken Institute, among others. He has also appeared in numerous interviews for television, written publications, podcasts and other media.

Mr. Smith is the founding director and President of the Fund II Foundation. Started in 2014, the Foundation provides grants to fund efforts that conserve African American experiences and culture for future generations, rectify human rights abuses, promote music education for young people, protect the environment through advocacy and awareness of the benefits of the outdoors, and uphold vital American values such as empowerment, innovation and security for all. Mr. Smith has been a leading voice advocating for companies to take diverse internship candidates in STEM fields. In 2019, under Mr. Smith’s leadership, Fund II Foundation launched internXL, a platform to match leading companies with diverse internship candidates. Vista runs its own internship offering to boost diversity, the Vista Frontier Fellows Program.

In 2016, Mr. Smith and the Fund II Foundation received the Frederick D. Patterson Award, the highest recognition awarded by the UNCF, an organization that focuses on increasing access to higher education for underrepresented students. In 2019, Mr. Smith received the UNCF President’s Award, and at the award ceremony, he announced a matching gift of all funds raised during the gala event.

Also, in 2016, Mr. Smith announced a personal contribution of $20 million to Cornell University’s College of Engineering, plus another $10 million in scholarships for African Americans and women pursuing technology-related degrees.

Mr. Smith continues to serve his alma mater as a Member of the Cornell Engineering College Council.

Throughout all of his successes, Mr. Smith has demonstrated the importance of giving back. In 2017, Mr. Smith signed the Giving Pledge and was the first African American to do so. In his pledge, Mr. Smith committed to investing half of his net worth during his lifetime “to causes that support equality of opportunity for African Americans, as well as causes that cultivate ecological protection to ensure a livable planet for future generations.” With a place on the Bloomberg Billionaires Index, Mr. Smith’s efforts to give back continue to have a large impact on the organizations and charities he supports. TIME magazine recognized Mr. Smith as one of the 100 most influential people of 2020, noting his contributions to education for underrepresented students of color, minority-owned small businesses and lower-income communities.

Mr. Smith continues to gain recognition for his accomplishments and philanthropic endeavors. In the same year he signed the Giving Pledge, Smith was also named one of the 100 Greatest Living Business Minds by Forbes. In 2019, Mr. Smith received the Carnegie Medal of Philanthropy. The medal citation by the award committee cites his contributions as a philanthropist and dedication to educational programs that create opportunities for current and future generations.

Also, in 2019, Mr. Smith received an honorary doctorate from Morehouse College and made headlines by announcing that he would cover the student loan debt of nearly 400 students in the graduating class in a commencement speech. In May 2019, he was inducted into the Texas Business Hall of Fame, and in December 2019, he was included on Bloomberg’s list of the 50 people who defined the year.

In 2020 and again in 2022, Mr. Smith received Cornell Engineering’s Distinguished Alumni Award for his philanthropic work and dedication to inclusion and diversity in the technology industry.

He is a major donor to the National Museum of African American History and Culture, at which he has established the Robert F. Smith Internship Program.

He is also the Chairman of Carnegie Hall and board member of Robert F. Kennedy Human Rights. He serves on the Board of Overseers of Columbia Business School and as an at-large board member of the Business Roundtable.